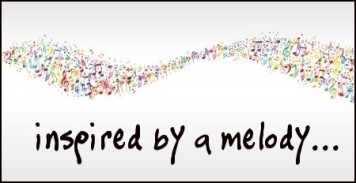 Inspiration is: Little Do You Know by Alex and Sierra

Karline picked up her phone and checked the time. Only two minutes had elapsed. Why was she upset? This wasn’t a surprise. In fact, it was her “new normal.” Time for some breathing exercises. If only she could remember what her therapist had said about breathing…

Ten long (and frustrating) minutes later and Karline heard the car exhaust that could only be her ride. She slowly stood up, stretched her back and her arms, and began collecting her things. Even though her back was to the curb, she could tell when the car came to a stop behind her. Slowing her speed, Karline grabbed her bag and placed her kindle and phone inside. She could almost sense the sigh and impatience from the driver, but none of that mattered at the moment. He could sit and wait, same as she had.

By the time Karline settled herself in the car, she could visibly see the irritation of the driver. Her husband had never been an overly patient man. These days, his patience was nonexistent. She couldn’t really blame him, though. They had both been through so much these last few months. Pain, heartbreak, anger – until there were no more emotions left to sift through. He wouldn’t acknowledge her speed – or lack thereof.

Christ. Brian didn’t even want to deal with anything today. What was worse? His late arrival or her seeming ambivalence? Did it even matter any more? There was nothing left to fix, so why were they still playing this silly game? Sparing a glance as he put the car in gear, Brian was struck by the vision of his wife perfectly framed by the sun. Her corresponding look was curiosity and…hope?

“I’m pulling into this parking lot for minute.”

“Just, can you, I mean…aaaagh.” Brian rested his forehead against the steering wheel. After a silence that felt like an eternity, he unbuckled and twisted his body towards his wife. “What are we doing? What are really doing right now? Do you hate me so much that you’d rather be anywhere else?”

It was Karline’s turn to share a look in silence. Her response was quiet, but firm. “No, I could never. Wh-why would you think that I hate you?”

“You can barely stand to look at me. We hardly spend any time together anymore. And I know that it’s all my fault. I’m so so sorry. For everything. I wouldn’t blame you at all if you were done with me. I really wouldn’t. I ruined everything.” Tears were making tracks down Brian’s face, leaving proof of his pain in the form of streaks down his face.

“What?” This time, Karline’s voice was louder. “You did nothing wrong, sweetheart. If only I had been home…” She was unable to finish the thought out loud. None of this was Brian’s doing. She knew that. The doctors had even said that there was nothing either one of them could have done. Things like this just…happened. It happened all the time was no more comforting than the sweet smelling tiny blanket that she slept with each night.

Brian reached for her, and she willingly accepted the comfort of his embrace. The only thing that dulled the pain was the reminder of his love for her. That moment. That one short and unfinished conversation undid months of solitary pain and suffering. This time, the glance the couple shared was full of hope on both sides. Maybe, just maybe, they could make it through this but not without one another.

For other fun stories inspired by this tune, check out:  Bronwyn

I'm not the greatest at adulting, but I try. With help from books, wine, good friends and consequences from less than optimal choices, each day is a new challenge. View all posts by ReallyBadAdult